THE GALILEE IN GORING

New Space for the Church and the Community

Over the last year and a half, walkers going down Ferry Lane to the river have seen a new building taking shape at the west end of the Catholic Church of Our Lady and St John.

​This the church for the Catholic parish which covers thirty square miles and sixteen villages from Crowmarsh Gifford and Nuffield in the north to Whitchurch in the south. What they may not have known is that this is “a Galilee,” a modern building whose name has a very venerable history.

In the Middle Ages, a Galilee was frequently to be found at the west end of a great church or cathedral. The word “porch” is not really its equivalent as a Galilee has a larger significance and identity. Perhaps the word “narthex” is the closer. The largest Galilee of all is to be found at Cluny in Burgundy. Once the largest church and monastery in the world, the abbey ruins stand as a reminder of the devastation wrought after the French Revolution. The outline of the Galilee, however, is clear to see and the west end of the ruins. It was and addition to the nave of the main church and had its own liturgical significance, particularly for processions, descriptions of which have been preserved in detail in Cluny’s mediaeval Constitutions. It also served another purpose as the point where the monastic community and the townspeople met.

There are examples in this country. Ely and Lincoln Cathedrals have them but the most famous by far is the Galilee chapel at the west end of Durham Cathedral. It forms part of the breath-taking view as one gazes up from the river at the west end of the cathedral. Inside, it houses the grave of St Bede the Venerable, frequently referred to as the father of English History, among other tombs and altars. When the building of new Catholic churches became possible in the nineteenth century the idea was sometimes revived, notably at the chapel of St Edmund’ College, Ware which served both as a school and a seminary. 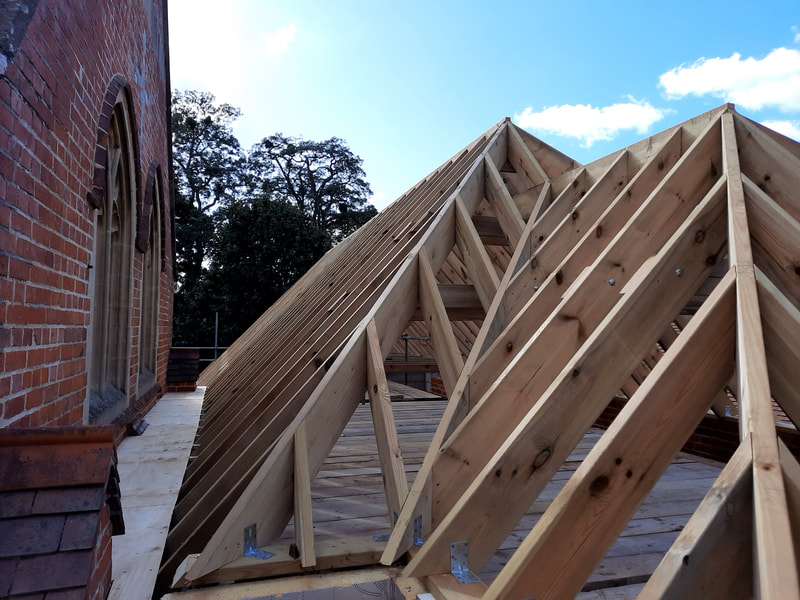 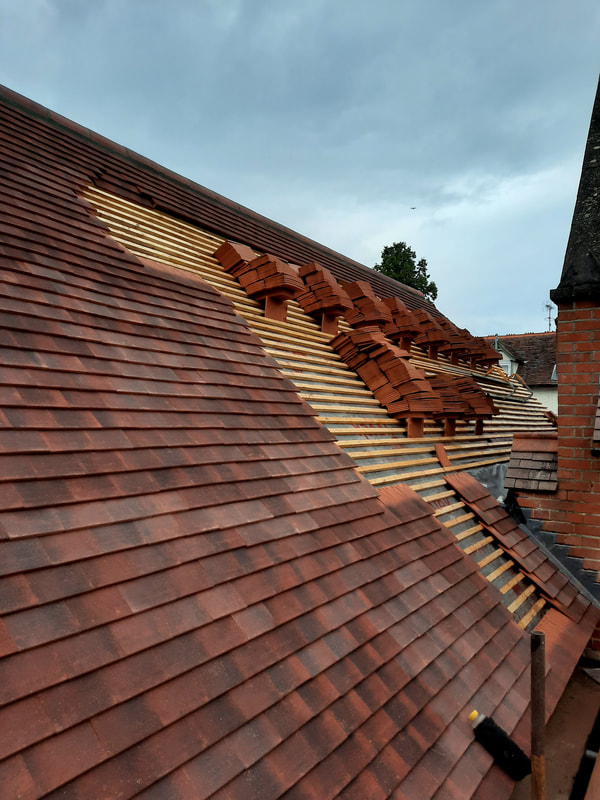 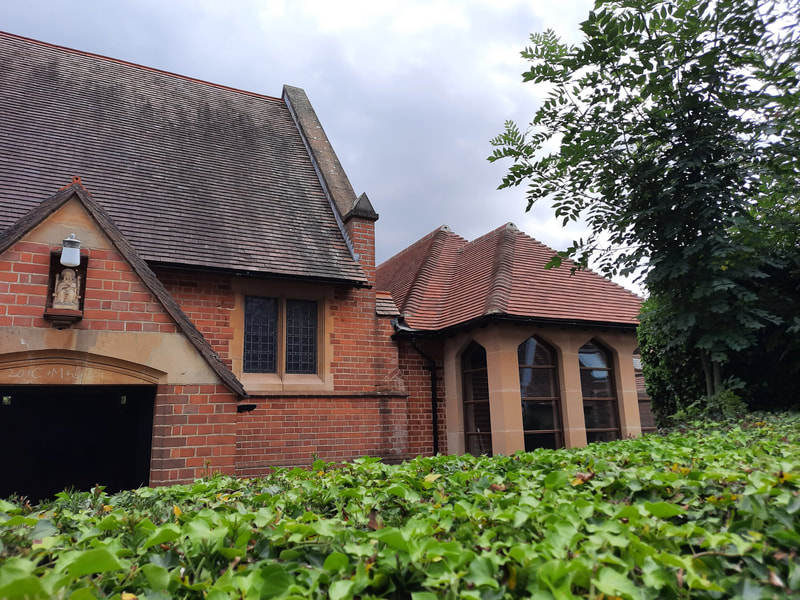 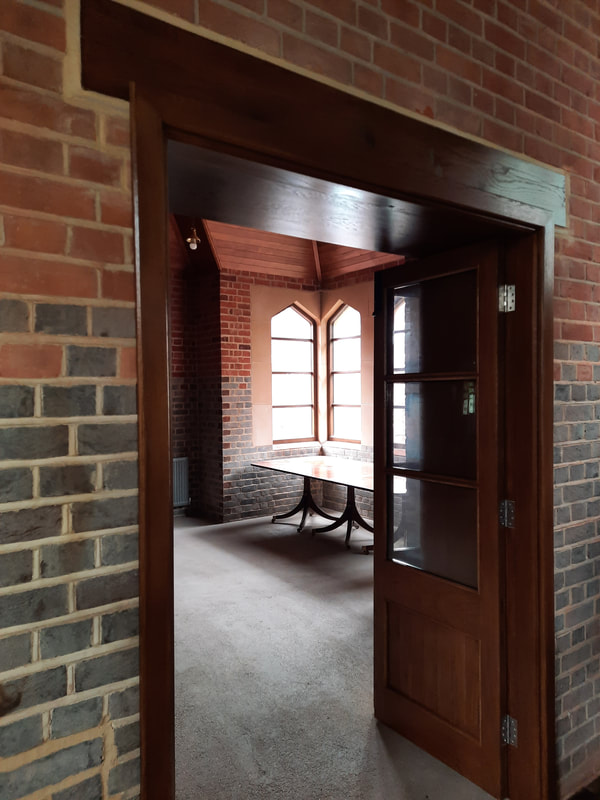 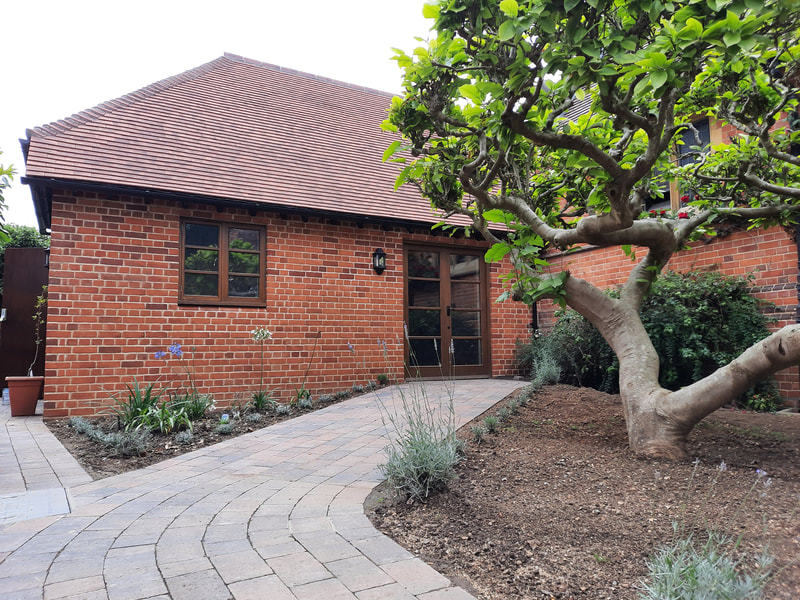 The Galilee in Goring will serve all these functions, as will the Conlon Room which opens from it. This is named after the late Fr Antony Conlon, parish priest from 2014 to 2020, who worked on this project for most of his time in the parish. The church was built in 1898 at half the length of the present building. It was extended seamlessly in 1938. Eighty years later a third phase of the building was hallowed by the Archbishop of Birmingham on 8 September. Plans dating from 1978 for a parish room remained on the drawing board. Through the overwhelming generosity of parishioners, Catholic trusts, and charities and the Oxfordshire historic Churches Trust the dream has now become a reality.

First and foremost the Galilee provides much-needed extra seating for the liturgical life of the parish. At Christmas and Easter, or for a big wedding or funeral, the little church can be full to bursting. It is very much an extension to the praying church rather than a hall which happens to be built on the side. It will serve as a parish room to provide the usual range of parish activities and meetings. It will also be a space for community use. An initial season of music and drama has been planned for the winter of 2021-22. Catering is catered for by a kitchen leading from the Conlon Room.
​
The Galilee is the design of the London architect Anthony Delarue, one of the most prominent ecclesiastical architects working today. W. A. Hine and Son Ltd of Goring have built the Galilee and Fr Kenneth Macnab, the current parish priest, was struck by the fact that almost all the craftsmen who have worked on the building are local men with a majority coming from Goring, South Stoke and Woodcote. It has lent a local feel to a project which has so many international and historical resonances.